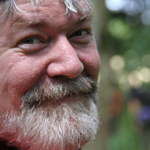 Descripción: I wrote, directed and edited this short film, now completed and doing its festival circuit. I received this review from Michael O'Sulliven, Past Executive Vice President of Paramount Pictures: Michael van Koetsveld’s first film, a short entitled “Falling in Love”, packs a punch, with an ending to leave you gasping, on the themes of love and loss. While we all may have lost loved ones to cancer, or witnessed a friend or family member affected by mental health issues, most first-time film makers would shy away from a story arc that takes you into the heart of a relationship impacted by both. The fact that Michael succeeds so well in presenting an accomplished, polished final product is a testament to his own perseverance, and the team with which he surrounded himself. The minuscule budget enhances the ingenuity required to deliver this 13 minute gem. Falling in Love tells the story of Ali (Scarlet Marshall), a grieving teenage girl, and her damaged boyfriend Milo (Calum Sivyer) as two young lovers struggling with the impact of a death from cancer, and mental health issues affecting Milo because of the disruptive nature of his dysfunctional family. The young actors are supported superbly by Fiz Marcus (Ali’s Grandma) and Johanne Murdock (Ali’s mum, Susan). The early scenes play out in and around the picturesque buildings and streets of Godalming in Surrey, where we discover the intense loving relationship between the two youngsters. A visit to the solicitor (Christopher Harwood) by Ali with her Grandma delivers two pieces of shocking news that Ali struggles to understand. With the aid of Milo they travel to the Middlesbrough Transporter Bridge in an attempt to cement their relationship. The moody cinematography in this short enhances the relationship between the struggling lovers and a tremendous score by first time composer, Oliver Harris, defines it.