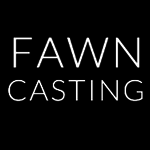 Andrew Kevin Fawn is a casting director, producer and writer. He is the owner of the casting agency Fawn Casting and has had the privilege of working with established and new talent both in front of and behind the camera. As Producer, he works across live television, short films and music videos. Recently Andrew has expanded into documentary film production and is making a feature length documentary on legendary drummer Cozy Powell. He is also developing several more feature length non-fiction films and is an alumni of the prestigious Future Producer School 2016, a scheme run in conjunction with Sheffield Docfest, Bungalow Town Productions and Public Media Alliance. Andrew writes across a variety of mediums, formats and genres including television, film, radio and online for fiction, non-fiction and copywriting. Credits include sketch podcast “The Wireless Show”, independent radio pilot “Britain’s Got Satire” and television panel show “Have I Got News For You” (series 50 to present). To date, he has won two writing competitions.