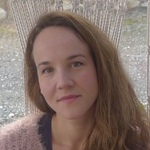 My name's Maria Gasol and I'm a Spanish freelance translator who specializes in film and media. I am based mainly in Ireland where I have lived for the last 12 years, but I do spend a lot of time in my hometown, Barcelona.
My most recent film-related translation projects have been an Irish feature-length documentary which will be broadcast in Spain (English to Spanish translation), and a Spanish-language movie script which will be adapted into the English language.
I work regularly for production companies, translating scripts, subtitles, funding applications, project proposals, etc.
I have been a professional translator since 2010, after having worked in film and media for several years, in development and research, and in film festival production, mainly in Ireland and Spain.
As well as translating, I have worked as a freelance script reader since 2007 for various production companies and film funding agencies, most recently for the Irish Film Board.
I work also as a film researcher in Ireland. My last research work was finding participants and organizing shooting for a TV documentary series for Ireland's national TV.

I have a degree in Audiovisual Communications and a Postgraduate in Audiovisual Translation. I have also taken courses in literary translation, proofreading, subtitling, script writing and editing, content development in film and TV, film and literary criticism, creative writing.
Although my field of expertise is audiovisual translation, I have translated for a variety of clients in many different fields.