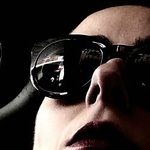 Her filmmaking career includes documentary films like "En Granada es Posible" or "Las calles siguen ardiendo" and short-films as "Tchang", "Horizonte" or "The Wrong man", with great impact on festivals around the world.

Years of experience in production departments, leads Mónica to work in her true passion: To carry out her own projects.

As Writer and Director, Mónica has made music videos for bands like Hey Baxter!, Beati Placide or Jaime Córdoba, and short films like Forever Young, finalist - among other selections-, at the XII Jameson Notodofilmfest Edition, or Adam Peiper, whose world premiere was made at 26th Horror and Fantasy Film Festival (Donostia-San Sebastián, Spain), and is now in festival circuit by Freak Independent Film Agency.