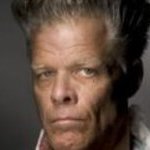 I enjoy acting ... I want to do more while my mask is still intact.... The Voice over work for me is natural work ; I have been performing spoken word since 1981, read with Lydia Lunch, John Giorno and a million other lesser known and talented creatives through the years and possess a (great) "voice"..... I have been told my whole life.


Here are some projects I've been involved with over the past few years...

Actor in upcoming sci-fi short, ''Attack of the Cyber Octopusies,'' A Chaosmonger, (Italian), Studio Group Production, created in Tallinn, Est., to be released this Spring...

Acted as extra in Katrin and Andres Maimik's feature film, ''Mina Naoga Onu,'' a Kuukulguur Film Production. Tallinn, December, to be released in Fall of 2017.

Featured actor in upcoming production of ''Ikitie'' or ''The Eternal Road,'' a collaborative Estonian and Finnish Film Company feature film, directed by Finnish Director Antti-Jussi Annila. scheduled to be released in September of 2017.

Voice over for Taffel Corporation, Tallinn, Estonia, May.