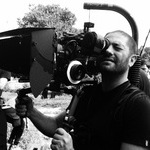 Martín González Damonte has not received any rating yet! Be the first one!

Description: The "Triunfante", a warship of 70 guns, sunk in the Gulf of Roses, Costa Brava (Spain), during the defense of Roses Citadel against the French siege in 1795. It is one of the biggest wrecks ever excavated, throughout the Catalan underwater heritage. Following the testimony of historians, archaeologists and some of the protagonists of his discovery, we will learn about the technological innovation that the engineer and mathematician Jorge Juan y Santacilia introduced in the Spanish shipbuilding in the 18th century. Since its discovery in the 70s of 20th century, has represented the paradigm of plundering suffered by the Catalan underwater heritage for decades. However, the information of his remains will help the team of archaeologists from the Centre for Underwater Archaeology of Catalonia (CASC), after three excavations campaigns, to unveil their secrets.