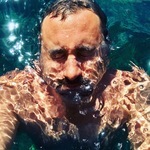 Alessandro Melazzini has not received any rating yet! Be the first one!

Alessandro Melazzini was born in Sondrio (Italy) and graduated in political economy from Luigi Bocconi University in Milan, and in philosophy from Ruprecht-Karls-Universität in Heidelberg.

After working as a freelance journalist, writer and translator, in 2010 he conceived, directed and produced his first documentary film.

He is both an Italian and a German citizen and lives in Munich.

For his achievements as an immigrant entrepreneur the city of Munich gave Alessandro in 2015 the PhoenixPrize.