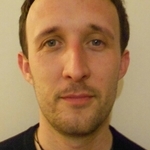 andy blackshaw has not received any rating yet! Be the first one!

I am Andy Blackshaw.
Currently I work with a broadcast company, prepping equipment and trucks for outside broadcast jobs.
For a number of years I studied film at Raindance film school while developing my own stories and gaining experience working in front of and behind the camera on any projects going at the time. One of my key film experiences came when I was a member of the now defunct New Producers Alliance. I found and developed a historical film project through the UK film finance but the project unfortunately fell apart in pre production. Since then I have been developing myself as a writer but I do eventually hope to direct in the future.
I am eager to develop myself both personally and professionally