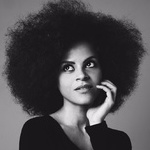 Barbara McGill has not received any rating yet! Be the first one!

I am Bàrbara McGill actress and art historian. I begin my artistic training at the age 10 studying piano and singing (classical and jazz), at age 15 I made my first performance at Teatre Nacional de Catalunya as a singer in the opera "Lisistrata" and the same year I performed in Tatre Art i Joia (Cadaqués) as a pianist in the play "Una hora con Federico García Lorca". At the age of 18 she began her theatrical studies at the Estudio Nancy Tuñón (Barcelona), London Drama School (London) and La Bobina (Barcelona). My experience as an actress continued at the Teatre Maldà (Barcelona) with the play "Vaivén" (2013). I also also have experience in the audiovisual field as an actress in TV series such as La "Riera" (2012; 2015) directed by Esteve Rovira or in short films like "Besos Paralelos" (2017) directed by Misael Sanroque. I combine my artistic career with the Ph.D. thesis at the University of Barcelona.