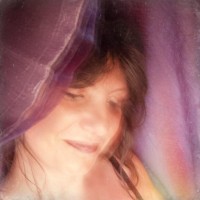 Carmen Ruiz has not received any rating yet! Be the first one!

I was born in Madrid. I learned to speak in Shakespeare's languaje. Played Rambo with a Comodore64 computer and fought some aliens in Sapce Ivaders. Saw how a Moviola  worked, had an Arri camera in my hands, played with celluloid rolls. Wanted to fly the Millenium Falcon, play a little chess game with Joshua and live in the Goon Docks. Founded a fan club. Went to University at UCM. Made a short film and won the first price with it at a filmmaking contest. I dreamt I found the Grial along with Dr. Jones and wandered into the woods with werwolf Paul Naschy. I was a teacher and a journalist. Learnes what it was to edit AB-Roll style and used U-Matic tapes. I was part of the founding of a tv channel. Worked on the top floor of the changin room of the Real Madrid Football Club and met Hugo Sánches, David Beckham and Zinedine Zidane. Wanted to visit the cinematograph with Prince Vlad, change my star with 13 silver coins and cross the sea on The Black Pearl. I founded an company. I interviewed Vile Valo at Lisbon, went crazy with Muse live at Santiago, saw The Police perform in Madrid and learned why Springsteen is the Boss at the Bernabéu Stadium...
Bought a house. Lived for three months at the island of Pirate Morgan. Wandered in Praga, felt enthusiastic at Berlin, enjoyed at Paris and felt like home in London. Visited the Wild West with Track Dogs, threw a Boomerang to The Barenaked Ladies and walked the flodden Fields with The Constant Quene.

Along the way I make quite a number of music videos, advertisements, millions of pictures... some websites, posters, flyers, brochures...

Today I am fortunate of doing all the things I love.
I am a photographer of people and characters.
Videographer of musical stories.
Phoshopper & Illusionist.
Master & Pupil.

And true believer in magic... You need to believe in magic to make it happen.