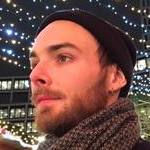 Christopher Carter has not received any rating yet! Be the first one!

I have over five years of experience in music composition, sound design, on-set recording/sound mixing, 360-degree/VR audio, and other audio post-production for films and commercials, as well as recording, production, mixing, and mastering for numerous projects. I've done the majority of the above under the name of The Echo Department, a company I started in 2015. This includes a broad range of international assignments, such as projects for the United Nations in Egypt, the Art of Living Foundation in India, Investigation Discovery in the USA, and the Nigerian Music Awards, as well as local content for screen and television in the African and European markets.

I’m able to take on a wide range of audio work at any stage of the production process, and I’m capable of handling as much of the audio (from pre-production to mastering) as necessary to create a totally coherent product that fits seamlessly with the visuals. My main interest and creative strength lies in projects where the audio and visual elements can really develop and work together in the same space to tell a story with impact and emotion. I feel this is lacking in a lot of content I see, where the audio appears to be more of an afterthought than the integrated and immersive element it should be.