Eva Crespo has not received any rating yet! Be the first one!

I am a versatile Freelance Video Editor and Camera Operator . I have experience in broadcast television including video editing for News, Current Affairs, Sports and Documentary series. I am also experienced in online content, promos and corporates. Comfortable working with short and long-form content.

As a Video Editor, some of my credits include working for some of the major networks and channels, including Sky News, NBC News London Bureau, and ITN (for ITV News and Channel 5 Nees), and working as an offline editor for the 4 last episodes of a documentary series - Snow Leopard of Leafy London- for Animal Planet for Discovery Chanel. And lately I worked for OBS (Olympic Broadcast Services) in Brazil for the Rio 2016 Olympic News Channel.

I edit with Avid, Premiere and Final Cut Pro 7.

As a Camera Operator and ENG, my work includes filming and editing news with Channel 4 Finland and feature reporting for YLE Finland, self-shooting and editing an online Channel 4 food cookery series, and a variety of conferences, seminars and live events.

I have experience with a variety of cameras, including Canon 5D Mark II-III, Sony PMW-200, Sony EX1/EX3, and Sony Z1-Z7.

Originally from Barcelona, I’ve been living and working in London for 11 years, and since 2016 I am working in both cities. 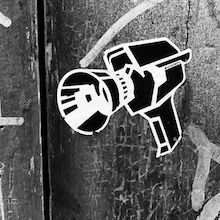