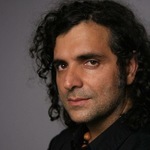 Francisco Dominguez has not received any rating yet! Be the first one!

Francisco Domínguez was born in Tucumán, Argentina, in April, 1972. He received his diploma as Art Teacher from the "Faculty of Arts" at the University of Tucumán and then worked in a local television station.

From 1996 to 2003, he studied Cinematography at the Berlin Academy of Cinema and Television (dffb). Under this program, he studied under renowned Directors of Photography such as Slavomir Idziak, Jost Vacano, Ciro Cappellari and Michael Ballhaus. Michael Ballhaus invited him to do an apprenticeship in the Camera Department for the film "Gangs of New York", directed by Martin Scorsese.
Throughout his studies, he filmed several short films and documentaries. As a Cameraman and Director of Photography, he participated in the Second Unit for various feature films and made-for-television movies.
Since 2003 as Director of Photography, he has worked on several video clips, advertising campaigns, documentaries and feature films.
For Francisco, light is an important artistic instrument to create an atmosphere that supports both a poetic and a dramatic story.