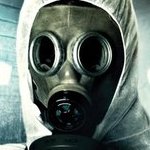 Hood Up Films has not received any rating yet! Be the first one!

Formed in April 2013, Hood up Films is an independent entertainment company whose business begins, but does not end at film. Hood up Films specializes in the creation and production of high quality entertainment ranging from motion pictures, television, commercial to advertising and music.

It is a core belief at Hood Up Films that an entertainment company must be built upon great ideas as well as quality production. With this philosophy in mind, Hood up Films is laying the foundation for the entertainment industry in Ireland.