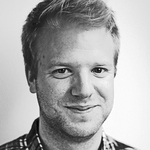 Jack Daniel-Dempsey has not received any rating yet! Be the first one!

I’m a freelance producer and production manager based in Barcelona and London. I love and relish both the creative and the logistics sides of the wonderful world of film production.

After an initial stint in Ireland, where I learnt the ropes in broadcast TV, shooting, editing and junior-producing content for local news, in 2012 I moved to London where I worked at a busy production company. Starting out as a junior I quickly progressed to Production Managing content for leading brands.

In 2015 I became a freelance Producer & Production Manager and have found myself to be very busy boy, working on various commercials, music videos, short films and a feature documentary for good measure.

As well as English I speak Spanish.