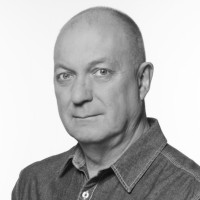 PETER BAKER VOICEOVER has not received any rating yet! Be the first one!

I have been an independent professional voiceover for over 30 years covering a wide range of outputs. I have worked as a presenter on live TV and radio at Piccadilly Key 103 in Manchester, BBC Points West News in Bristol and ITV Granada as well as being the narrator of various broadcast programmes and strands as well as a wide variety of other VO work, but since 2005, I have been a freelance full-time professional voiceover with my own broadcast quality studio in England, which is used for recording master recordings directed via ipDTL / ISDN or Skype, also useful for recording custom demos for agencies and direct clients before any session at their own studio.

You can see a selection of my TV commercials, corporate films and documentaries with my narration on my home page. I am very experienced audio editor using Adobe Audition, and also an experienced video editor with Adobe Premiere Pro (BBC and ITV Granada trained and experienced) so I can sync my voice to existing commercials and films to get the timings correct and export master HD video files if required.