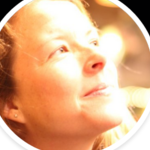 silvia martinez has not received any rating yet! Be the first one!

I have a degree in Audiovisual Communication from the Universitat Pompeu Fabra, Barcelona. Following which I was granted a scholarship to carry on my studies for another year at the Sorbonne Nouvelle University, Paris. Having completed a maitrîse cinéma arts et métiers, I not only gained an invaluable life experience but was also able to create a multilingual profile for myself.
I finally completed my studies in July 2002.