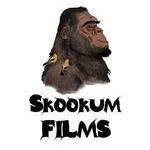 Skookum Films has not received any rating yet! Be the first one!

The three filmmakers originally met at The European Film College in Denmark, where they developed their skills in filmmaking and their views on the world, interacting and working with young artists from all five continents.

Skookum Films has continued to grow, its films have been shown in over 150 film festivals from around the world and new partnerships with clients and colleagues from different cultural backgrounds happen every day.

Keeping its philosophy that in both art and the world there should be no boundaries, Skookum Films offers all kinds of services in different fields like movies, films, television, corporate videos, audio production and photography.

Along with our partner Digital Azul, we also provide all kinds of equipment, studios and specific services like location scouting, live streaming, broadcasting, dubbing or subtitling.