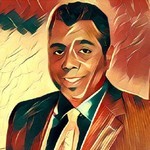 Stephen Mark Pantoja has not received any rating yet! Be the first one!

Stephen (pronounced Stefen) classifies himself as 'Blatino'; half Black and half Latino, and has grown up in nearly every borough of New York City (from Harlem to the Bronx).

Stephen excelled at art and writing at an early age, following in along line of artists from both sides of his family.


He was awarded a position in the Talent Opportunity Program at the  John Peter Tetard school, as well Manhattan’s  prestigious High School of Art and Design, both for his artistic ability.


He later attended Latino Televison Studios, the Center for Media Arts, BronxNet and the City University of New York, majoring in film.


Following another family tradition, Stephen joined the military as a proud member of the United States Marine Corps.

He has worked on films as a Script Supervisor, Director, Producer and Writer. He created, wrote and illustrated the children's book series 'The Amalaganimals', as well as helmed the live action and animated series based on the books, which he won the 2012 BETA Award for Best Youth Program.

He has also won the 2011 ActNow Foundation's The Next 15-Minutes Script Competition for his script '$TASH'.

He wrote and produced the short film 'Recoil:A New Take On An Old Tale', wrote, directed and produced the indie film 'Black Pearl: The Art Of War And Peace', and written several episodes of the web series 'The Block'.