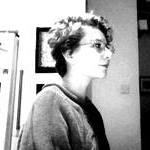 Weronika has not received any rating yet! Be the first one!

Weronika was born in a small town in Poland. She happened to get a scholarship to attend Camp Rising Sun leadership program in the USA where she realized that she loves to travel. After that Weronika moved to Cracow where she continued to pursue her interests, meet crazy people and make some theatrical experiments.

During her time in Tel Aviv Weronika worked as an Assistant to the Executive Producer/Assistant Stage Manager in English National Theatre of Israel. She was also executing her personal projects such as the EMIS Creative Writing Competition, YOCOPAS Conference 2015 , directing and producing an independent theater play "Bald Soprano", as well as working on a short movie "Mishpacha #4"

Weronika likes coffee, tangerines,wine, talking to strangers, things that do not match each other, cats and public transportation. Her soul mate is Snufkin from the Moomins. Weronika’ s interests include theater, poetry, performance arts,experimental cinema and filmmaking.

Weronika is currently studying at Royal Central School of Speech and Drama where she tries to stop quoting Walt Whitman on the daily basis and fails miserably.